We had the awesome opportunity on Tuesday to see a solar eclipse! It was so sick. I was on splits with Elder Allan, and we were teaching this guy named Norberto and his family. During the lesson, it was getting close to the time for the eclipse and we took a halftime break to go out and see the eclipse haha. It was awesome, everyone was outside with their glasses. Such a cool experience. I took some nice pictures.

We had a nice 4th of July on Thursday haha. We cooked some nice hamburgers and fries and had a patriotic day. We sang the “Star Spangled Banner” and “Proud to be an American” all day. We aren’t allowed to have fireworks, but we had a burning of Elder Nixon’s clothes that were nasty after having been worn for 2 years haha. It was a good 4th.

Okay so this week has been insane haha. I’m gonna try and remember everything but there’s too much haha but I’ll do my best.
So on Friday morning, I went to Rosario with Elder Johnson because he had to go to the doctor for his knee, and I went with him so his companion and mine could go to their appointments in the morning. We get to Rosario and go to the doctor and everything’s fine, but then we go to the terminal and they tell us that we need our passports to buy tickets. My passport was in the mission home, and Elder Johnson left his in his apartment, so we called the Mission Office, and then went to the mission home to see what they could do. We got there, and everyone was at a Leadership Conference, so we were just sitting outside waiting for them to come back. Then, some maid came and let us in and we were just all alone with the mission home and the offices all to ourselves. The office elders came back to help us and I got my passport, and they were checking online if there were any bus tickets back to Pergamino, and there weren’t any until 3 in the morning. So we went to the Terminal to see if there were any tickets available there, which there weren’t. Then, somehow, we went to the Leadership Conference to talk with President Allred, and I got to see a ton of my friends who had been my Zone Leaders and stuff so that was super fun. But, we decided that we’d just have to end up going back to Pergamino the next day. So we went back to the offices, where President was finishing up deciding who went where for transfers in his office. He opens his door, and points at me and tells me to come in. He told me who my companion was early, which never happens haha. He told me that I was going to be with Elder Maco from Peru, who I met in my last area and is a super nice guy so I’m way excited for that! I also found out that they are taking 2 Elders out of our ward, so I’m the only one who knows what’s going on with the whole ward now so I’ve gotta lot of work to do haha, but I’m super excited. I then helped the office missionaries get things ready for transfers and went to a Costco type store with Hermana Allred which was fun. Then, we slept in Rosario and woke up at 5 in the morning to catch our bus to Pergamino.

Now, for Saturday. We deep cleaned our pension (apartment) in the morning and had 2 awesome appointments with Juan and Denis, and then with Sebastian and Daiana, who are all progressing a ton. Then, we went to get things ready for Delfina’s baptism and had her baptism! Her baptism was at 5, and it was 4:55 and there were like 6inches of water in the font, after having been pouring for a few hours. We said a prayer that it could fill up on time, and we closed the door and came back in a few minutes later, and there were like 2 feet of water. Her baptism was awesome, she was so happy and excited and so was her family. From there, we went to a Family Home Evening with Familia Gimenez, who gave Elder Nixon a huge box of candy to take home, and gave me a mug haha it’s so sick. We realized while we were with them that we didn’t have our keys. We called people in the church to see if they could find them, and they all said that they hadn’t seen them and that they weren’t in the church. We said another prayer that we could find them, and then the other Elders called us and they had accidentally taken our keys, so that was another miracle that we could find them and get everything ready to pack and stuff.

We had a day full of miracles on Sunday. We had 9 (!) of the people that we are teaching come to church on Sunday, which was awesome. Delfina got confirmed and it was an awesome testimony meeting. In total, we had helped 15 people to come to church, including less-actives, which was awesome. It was such a huge blessing to see all of our hard work pay off. I’m super excited to keep teaching all of these people, and so grateful that the Lord has blessed us with that kind of crazy success. Then, we ate lunch with Familia Masello and I moved to the way nicer apartment from the garage and said goodbye to Elder Nixon and Elder Allan. Then, Elder Johnson and I went on splits where he introduced me to some of the people they are teaching. One of which is named Ludmila, who is this girl who has so much potential. She came to Delfina’s baptism and loved it, and we gave her the baptismal date of the 27th so we are really hoping to help her towards that.

That Priscila girl that we found through the miracle last week came to church and loved it! She’s read almost all of 1st Nephi and is loving learning about the church. We have so many people with a ton of potential and it was awesome to have Delfina’s baptism.
I’m super excited for this next transfer! It’s pretty stressful having to take care of both areas alone, but Elder Maco is a stud and I’m super excited to be with him.

I’m learning so much, and am so grateful for my Heavenly Father and all of his blessings for me. Thank you all for your prayers, I’ve been very blessed in many aspects and I just want to thank all of you. Please let me know if there is anything I can do for anyone of you. I love you all! Thank you for everything. 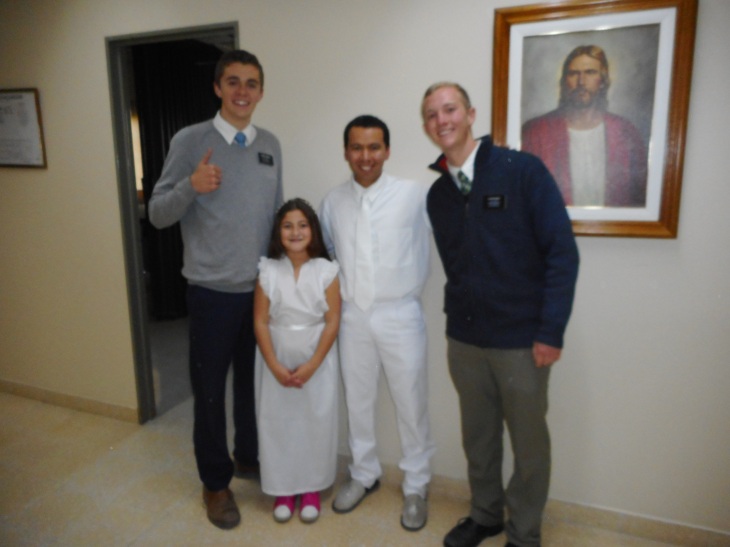 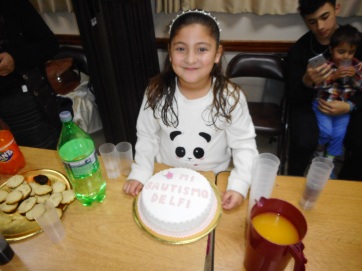 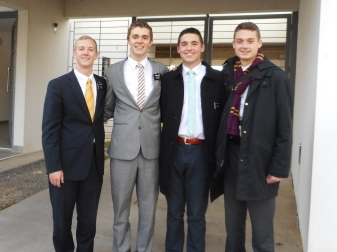 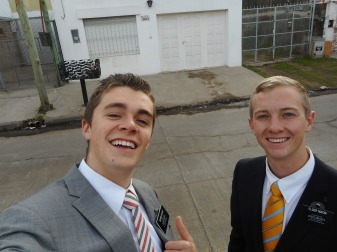 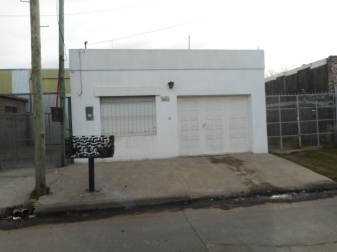 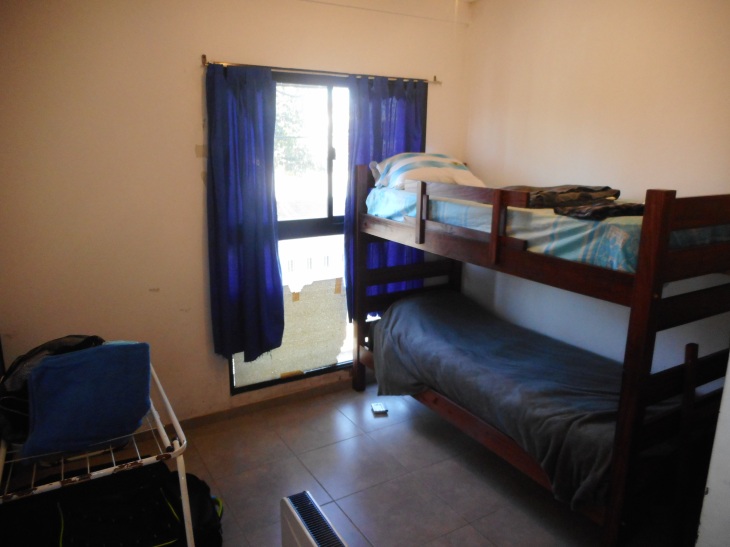 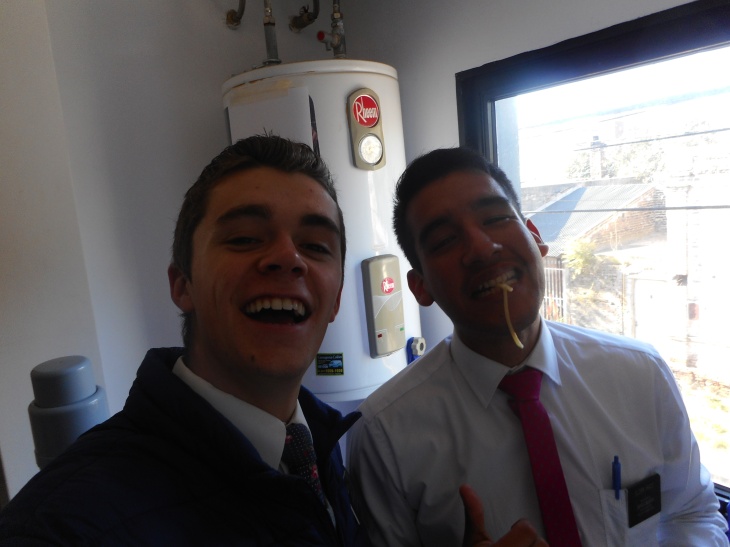 Outside the Pergamino chapel 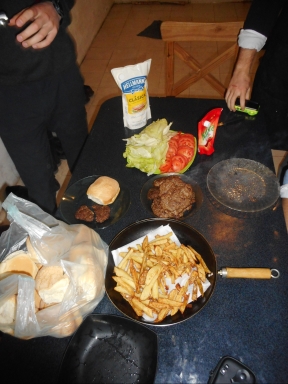 Burgers & Fries for the 4th 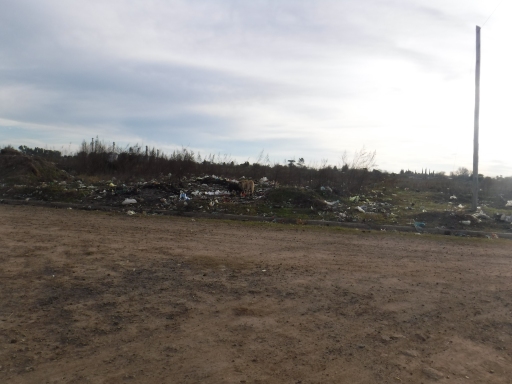 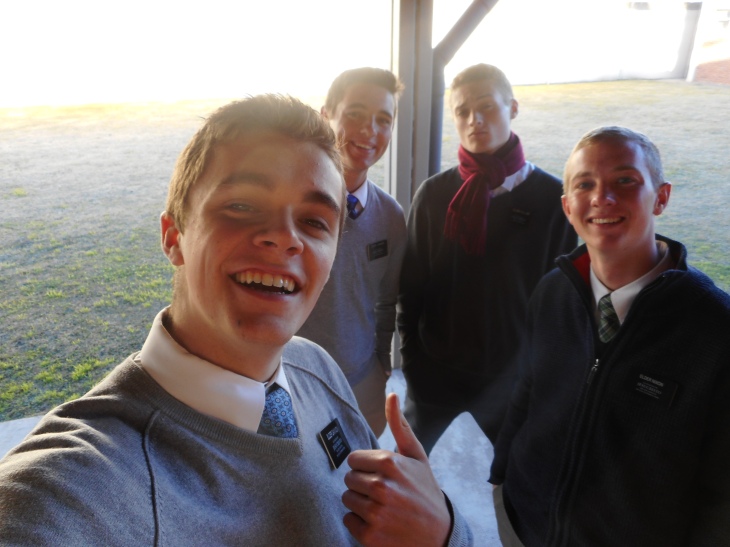 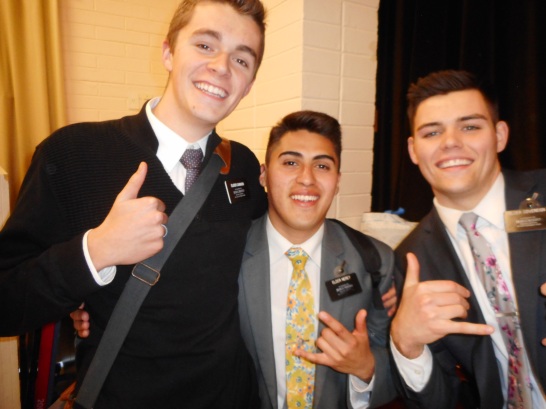 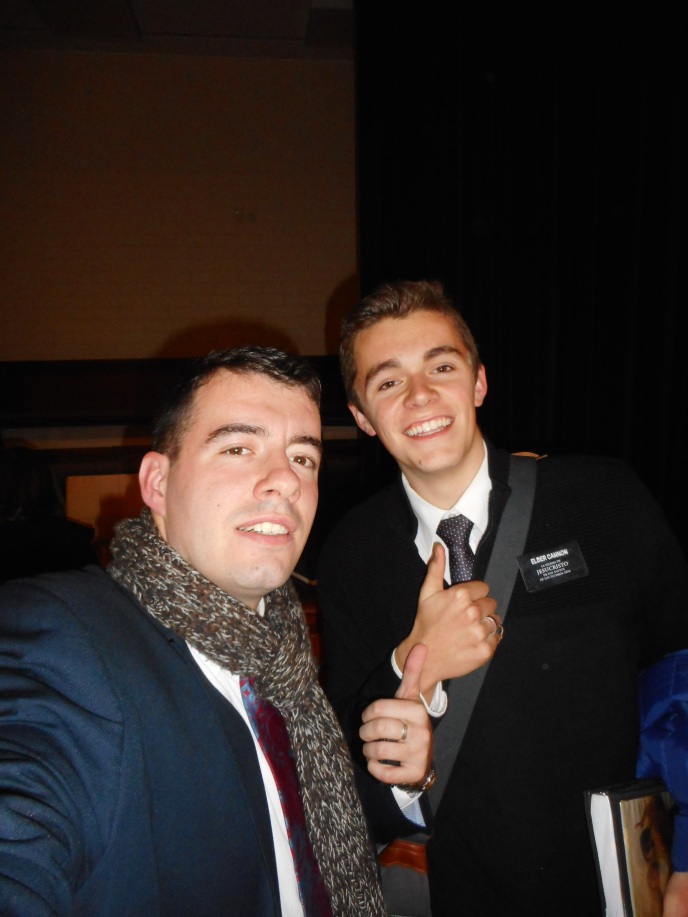 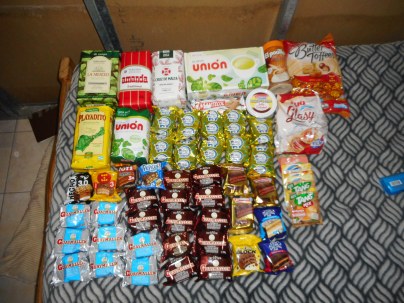 Tate says this is Pizza – we disagree 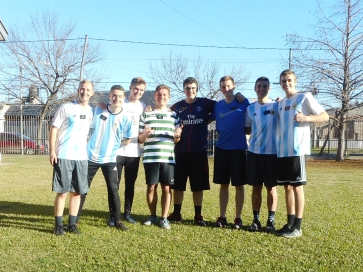 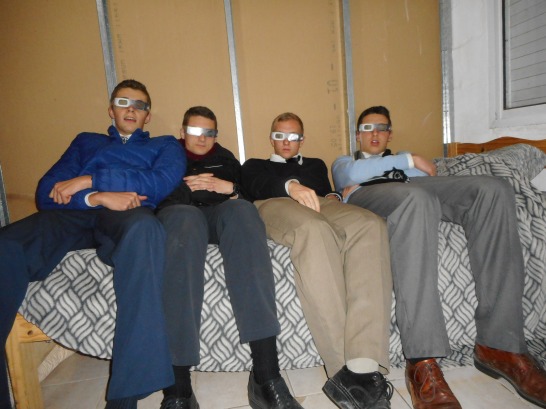 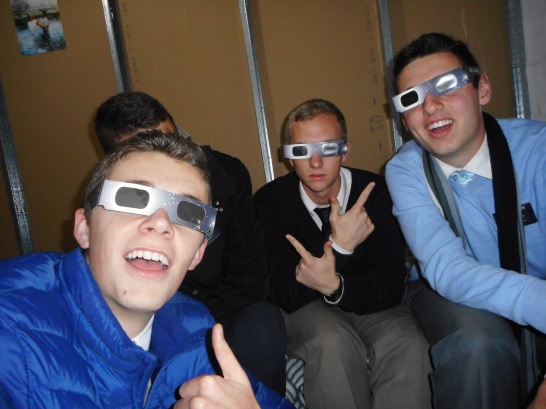 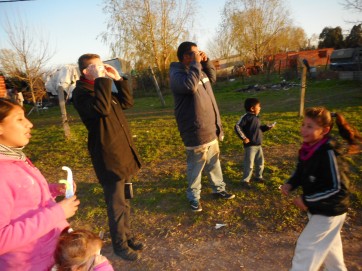 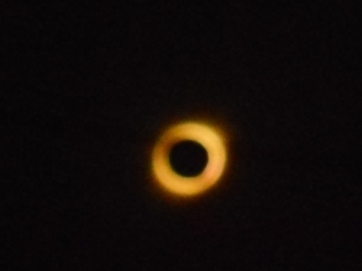