On Monday, we saw miracles happen. We were walking through this villa (a really poor area where people live in shacks) and this guy came up to us on his bike. He introduced himself as Santiago and told us we wanted to get baptized. He said he’d talked with other missionaries before but they left as they were teaching him, and he was never able to get baptized. He’s super prepared and trying to follow the commandments. He even moved out from living with his girlfriend to keep the law of chastity. We are super excited to keep working with him.

Wow, Wednesday was the craziest day of my life. I’m just going to take you all through the day and what happened. So first off, we went out contacting for the morning and got called over to help out this guy, Mauro, who we’ve been teaching. We helped him with some service and he brought us inside to share a message. Inside was one of his friends and his girlfriend with their kid. The friend and Mauro started asking us if we knew of any jobs and how we got our money, and if we had a phone and just a lot of sketchy questions. But we got to the lesson, where Mauro told us about his love for Gauchito Gil (this Robin Hood type guy who tons of people literally worship here), and how he is on the same level as God. During the lesson, his girlfriend started breastfeeding very openly so that was something to avoid haha. Then, we went and had another lesson with this guy named Maximiliano, where he tried to convince us that he’d made these cookies that were obviously from the store. Elder Nixon started laughing and then I couldn’t stop and Maximiliano got super mad because I couldn’t keep it serious but I still couldn’t stop laughing haha I was holding in laughter the whole lesson. Then, in the afternoon, things just got so much weirder. We had a lesson with Francisco, who came to church on Sunday. He expressed to us for like 30 minutes his concerns of how Mary got pregnant, so there were lots of interesting questions to answer there. Then we had a lesson with Santiago, who we found on Monday. We walk into his house and it’s just one room and there are bed sheets hanging up in the middle which is normal for here. But we sit down and start hearing some noises behind the curtain, and realize that there is a mom and her like 25 year old daughter on the other side, and the daughter is taking a shower in a bucket. But it was a really good lesson with Santiago and we are super hyped for him haha. Lastly and craziest, we went to this lady named Tata’s house and we walk in and everyone is sooo drunk. It smelled like beer super strong and everyone was just all over the place. They make us sit down and tell us to share something so we start to share a scripture. One of the people goes into the bathroom and just starts puking his guts out, and comes out crying and yelling and it’s just a disaster. Elder Nixon was talking to one of the guys and I was trying to control the rest of the people, and we finally were able to get out. I was pretty scared during that one haha, one of the guys was not very far away from hitting us. But yeah, the most interesting 12 hours of my life. Just a day in the life of a missionary.

On Thursday, we had Zone Conference with Venado Tuerto! Zone Conferences are always super fun, and it was way cool to see all of my friends from Venado again, like Elder Smith. I also got to see Elder Miklich, who I hadn’t seen since the CCM so that was way fun haha I love that kid. Also, I got my birthday package which was dope haha. Shout out to my family and friends for that 🙂 But yeah, I love learning from Presidente Allred and Hermana Allred and my other leaders. The mission is such a cool opportunity where there is so much potential growth in every aspect of your life. I’m loving it and learning a ton.

On Saturday, we had a service project with this family, Pablo and Marisol, where they are moving down the street because of bad luck basically, so we are helping them build their new house. We had to move a ton of bricks and it was pretty exhausting but good.

We had a cool miracle on Sunday. It was raining in the morning when we woke up, which is the worst on Sundays because it basically means that none of your people are going to come to church. We said a prayer to start our daily planning, and I prayed that the rain could stop so that people could come. As I said “amen”, the rain stopped and it didn’t rain again for the rest of the day. It’s so cool to see God on our side and all of the miracles that we experience.

It’s been a great 3rd week here in Pergamino! It’s crazy it’s already been that long. I’m loving the area and being with Elder Nixon, and I’m learning a lot. We have lots of people with lots of potential so we are super excited for that. I love you all! Thank you for all that you guys do for me. Please let me know if there’s anything I can do for you. I love you guys! 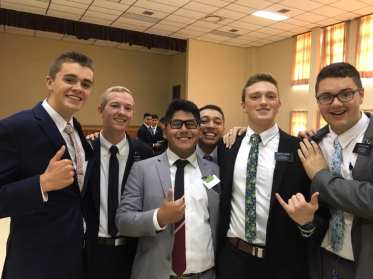 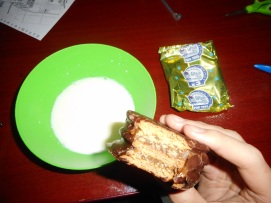